2019 has been a big year for VR so far – with the announcement of the Oculus Rift S and the Vive Cosmos, the titans of VR continue to duke it out for supremacy across a landscape of varying resolutions, cords (or not), and tracking styles. That being said, I know what you’re thinking – it’s great that there’s a new generation of VR hardware coming out and all, but what’s going on with VR in the classroom? There are many ways to answer that, but I’ve chosen the following four – read on:

Building VR Experiences to View in the Oculus Go App 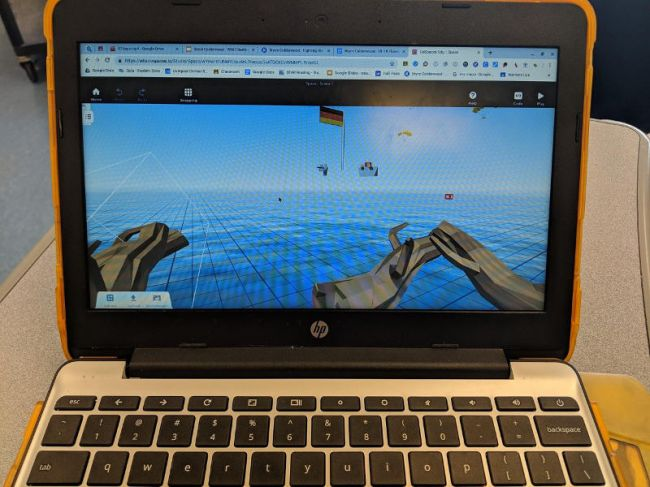 In this recent post to the Tech & Learning T&L Advisor Blog, Micah Shippee discusses his use of CoSpaces, Google Poly, and CoBlocks to help his middle school social studies students model historical battles they had studied in class. The hands-on and multi-phase approach was particularly cool in the way it provided cross-cutting exposure to history, STEM practice, and project-based study. Micah astutely points out that “the excitement around [VR and AR] is great for quickly engaging an audience on a topic or theme, but the challenge for fields focused on learning and training is to leverage these technologies to achieve meaningful objectives.”

Microsoft: Free VR for Everyone! 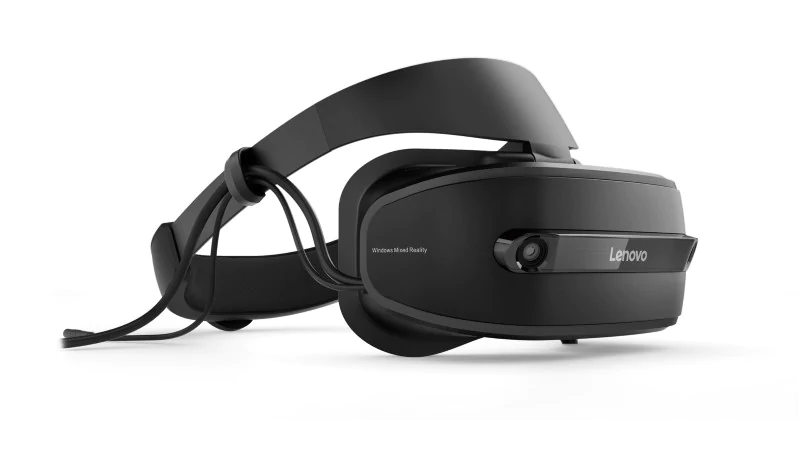 You read that right – in their roundup of this year’s BETT conference, EdSurge highlighted that Microsoft is offering 25 hours of free VR curricula on topics “spanning anatomy, biology, geology and physics” for educators and consumers who purchase a Windows VR headset. That’s a lot of content! In another nod to Microsoft’s highly admirable commitment to assistive technology, the headsets can also be used with Immersive Reader, assistive-reading technology that supports learners with dyslexia. 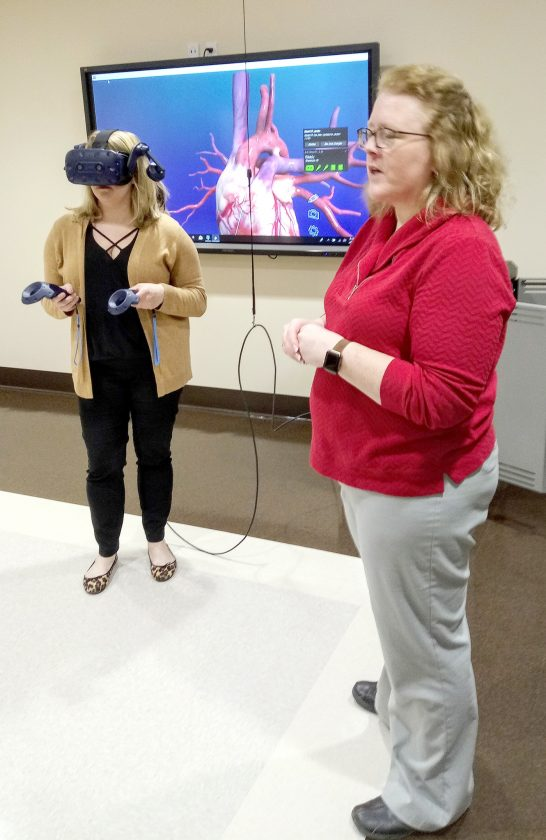 Higher Ed institutions have often led the way on new waves of education technology hardware, so it’s exciting to see Kent State University roll out an official VR-based classroom intended to “provide students and staff with technology that will greatly enhance learning experiences across several areas of study.” The lab is designed to foster student engagement and long term recall with deeper, more immersive learning experiences, while also allowing educators to formally research new VR-enabled approaches to teaching. It’ll be interesting to see if similar VR-first classrooms start to trickle down into K12; the success of programs like KSU’s will be an early indication. 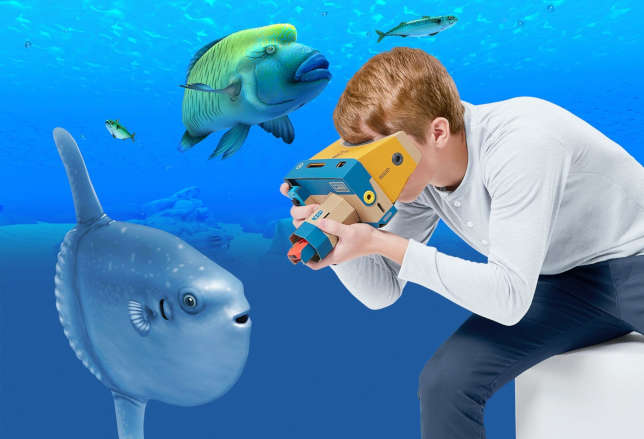 Move over Google Cardboard, you’ve got a more expensive, elaborate, and downright kooky cousin in the form of Nintendo’s newly released Nintendo Labo VR KIT. The kit is based around various whimsical cardboard headset build-outs for an included pair of 3D stereoscopic goggles. The headsets utilize the Nintendo Switch screen as a video source and the accelerometers in cleverly-placed Joycons as motion detection, and can be built into a camera, elephant, bird, and more. THE Journal also reports that the kit includes “a new programming tool that allows the user to produce ‘bite-sized’ VR games and experiences from scratch or by using the existing games as a jumping off point,” suggesting a whole host of potential educational applications.

Want to learn more about the educational possibilities of VR? Check out the blogs below!
VR for Nonprofits: Simulated Experiences, Real-World Impact
How XR Training Can Help Save Your Business Money
Keeping STEM Real in Virtual Reality

What better way to start the new year than with a new Speed Sketch! Follow along as Game Art Team Lead Natasha Soglin creates this this enchanting landscape. Natasha created this piece in 60 minutes to experiment with color palette and mood. Have questions for Natasha? Get in touch via Facebook or Twitter! In the mood for more Speed…

What do creativity, critical thinking, communication, and collaboration all have in common? They’re all future-facing skills, of course! Beyond these 4 C’s, future-facing skills also include media literacy, problem-solving, leadership, digital citizenship, and more. You may also know them as “21st-century skills,” which, as defined by Education Reform, are a “… broad set of knowledge,…

The global game-based learning marketplace is growing and we’re excited to support that growth through new partnerships. Our partnership with Bangalore-based company EkStep is helping to bring game-based learning to millions of students in India. In India, nearly 75% of fifth grade students cannot do division and 25% of children drop out of school before they…