In case you haven’t heard, our sandbox robotics game RoboCo is available on Steam Early Access for PC right now! To celebrate so far, we’ve covered the origin story of RoboCo and revisited the game’s humble beginnings, and we’ve also provided you with an introduction to RoboCo tips, tutorials, and more.

Today, we’re back to give you yet another behind-the-scenes look at the game by featuring our Inside RoboCo video series which can also be found on the official RoboCo YouTube channel. Each installment of Inside RoboCo features a different element of the game’s development. Sometimes, the episodes also feature questions from RoboCo’s Discord community!

Discover more about RoboCo’s physics system, art style, campaign levels, and more. To keep up with all of our featured RoboCo content this month, be sure to check out Filament Games on Twitter and Facebook!

Our first segment of the Inside RoboCo series aired back in February 2021. In this video, game designer Luke Jayapalan, game engineer Jon Kieffer, and UI/UX designer Joe Horan explain what RoboCo is all about! Luke, Jon, and Joe answer questions about building tools, campaign challenges, what their favorite type of sandwich is, and other pressing questions. Back when this episode was first released, it contained all sorts of never-seen-before gameplay footage! Ah, games – they grow up so fast.

The second installment of the Inside RoboCo gave viewers a more in-depth look at the campaign challenges touched upon in episode 1. Game designer Luke Jayapalan, joined by fellow game designer Alan Martin, answer questions about how exactly challenges work and what goes into designing a challenge. This episode also contains footage from a full playthrough of the iconic Wood and Chips Challenge!

If you’re charmed or amused by the look of RoboCo, you have our 3D artists to thank for solidifying RoboCo’s wholesome yet wacky appearance. In the third segment of Inside RoboCo, 3D artists Flora Yu and Meghan Connor answer questions about the game’s visual style, how they create 3D assets for the game, details to look out for in the game, and much more!

To build the robot of your dreams, you need the right tools. In episode 4, UX/UI designer Joe Horan joins us again. This time, Joe goes over each of RoboCo’s tools, their function, the inspiration behind each tool (shoutout to Besiege!), how he refines and tests each tool, and the challenges he encountered along the way. Be sure to check out this particular episode if you’re interested in learning a little more about RoboCo’s VR mode (coming 2023!).

The most recent installment of the Inside RoboCo series is an episode all about RoboCo physics! This segment’s guest is game engineer Carter Williams. He covers all sorts of different inquiries, like the differences between real-life physics and in-game physics and the wackiest occurrences he encountered while developing the in-game physics. There’s also a community Q&A at the end!

That’s a wrap on Inside RoboCo! Be sure to join the RoboCo Discord to join in on the roboconversation and have any of your questions answered by our team or other RoboCo enthusiasts.

Interested in making an impactful STEM game of your own? Let us know!

Roblox, the global online platform and content creation system sensation, just announced its ambitious foray into online interactive educational experiences, and Filament Games is THRILLED to be part of this rollout!  Say WHAT?  How did this happen? Over the past several months, Filament Games has been in deep R&D mode, meeting with the Roblox Education… 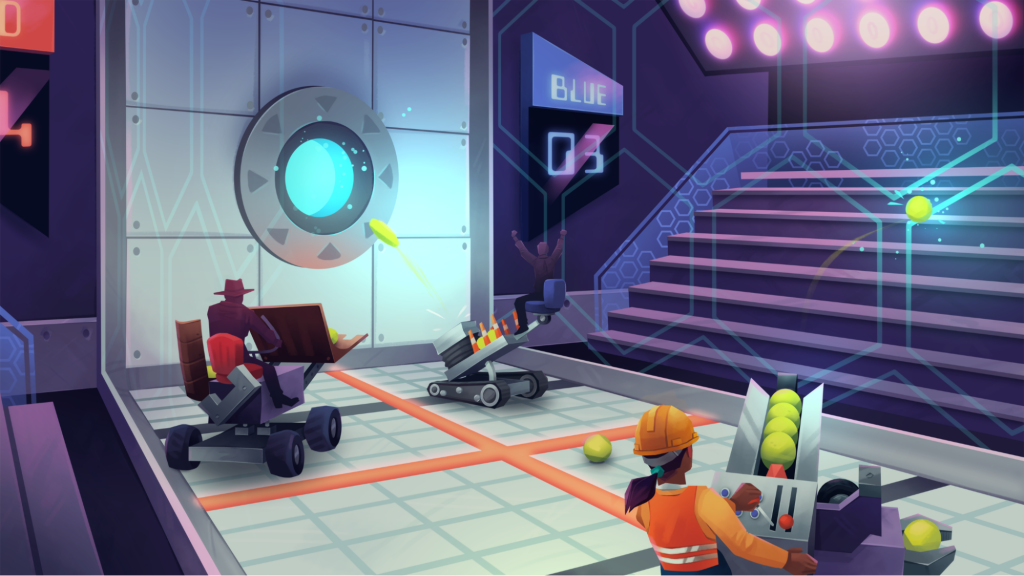 Welcome to a brand new month, FilaFriends! Ah, February – a time to take extra care to celebrate everyone and everything you love. At Filament, we love game-based learning, and we love to keep all of our readers up to date with the most interesting games for impact, serious game, and AR/VR news that each…

Are you interested in a career at Filament Games? There’s a lot to love about working for an educational game developer, but somehow, we managed to narrow this list down to our top 10  reasons why working at Filament is fulfilling and fun. If you like what you read here, be sure to peruse our…