I’m not super big into Halloween.  Being scared is generally not a state I enjoy.

But you know who loves Halloween? Filament Games! 👻

The first year I worked here, dressing up for Halloween was required. Having only worked here for 6 weeks, I knew I couldn’t just phone it in. So I ended up dressing up as the main character in one of Filament’s most beloved games, Shutterbugs: Wiggle and Stomp! 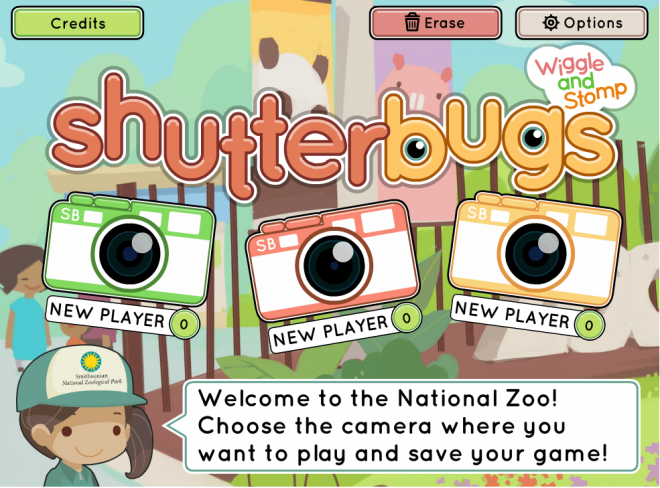 Picture me as this girl!

Year two, three, and four, I skated by Halloween without dressing up. I always asked if it was mandatory and it wasn’t, so I was happy to show up to work in plain clothes. But wow, some of the costumes that people came up with were AMAZING! I mean, everyone is so creative here so you can bet that the gauntlet is laid down on Halloween. See what I mean? 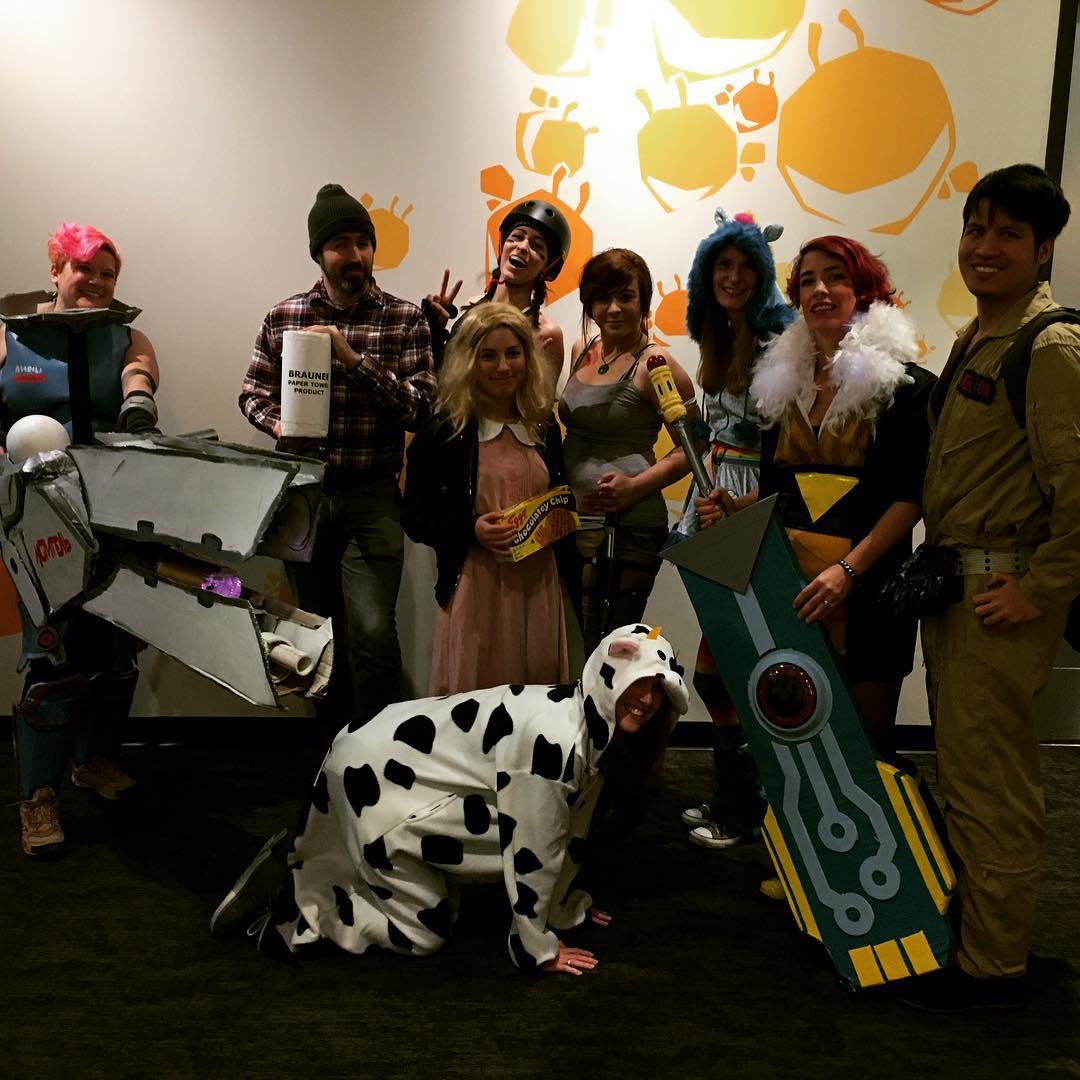 This year, we are back to mandatory Halloween dress-up and I 100% wanted to support it. Did you read my post about Operation 3250? Well, Group 4 came up with a whole afternoon of spooky events based out of that initiative so I’m actually really pumped this year to celebrate.

I knew I couldn’t pull this off alone, so I recruited the most enthusiastic writer I know who also happens to love everything about Halloween especially the ghoulish, creepy, and spoopy parts of the holiday: my youngest daughter (now 11). She was all in.

Turns out, we (mostly she) had several opinions about narrative fiction which I was willing to go with. I don’t offer these as any conventions that should be followed in designing narrative games but I do love that she was thinking about the writing as well as the game format. You can read about our professional opinions, thoughts, and ideas about narrative game design too if you like.

Nonetheless, here are the rules we (mostly she) came up with:

In the end, this is what I looked like. Twelve different envelopes diligently taped all over my body each containing bits of the narrative along with choices that sounded like “You read the letter => LEFT ELBOW” and “You turn around and RUN! => RIGHT KNEE”. 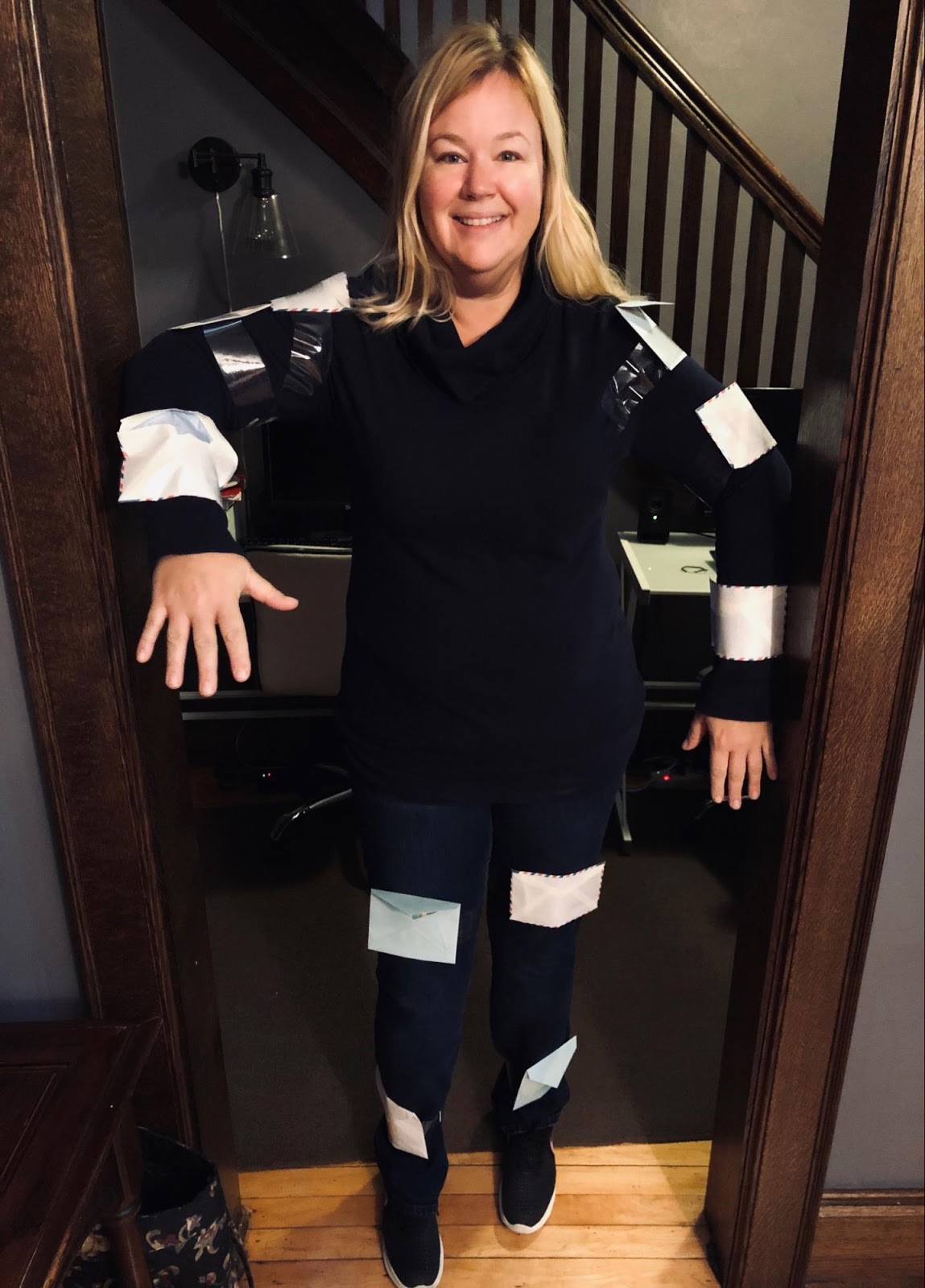 Is it awkward to have your professional colleagues play a game that’s taped to your body? YES! Since I’m not going to see you today, I decided to load my story into a Google Slides presentation so you can play too! Are you BRAVE enough to play? Bwahahahaha!

(FYI, there is some blood and gore in the attached.  So read through the slides before you hand them over to your students or children to make sure they can handle it!) 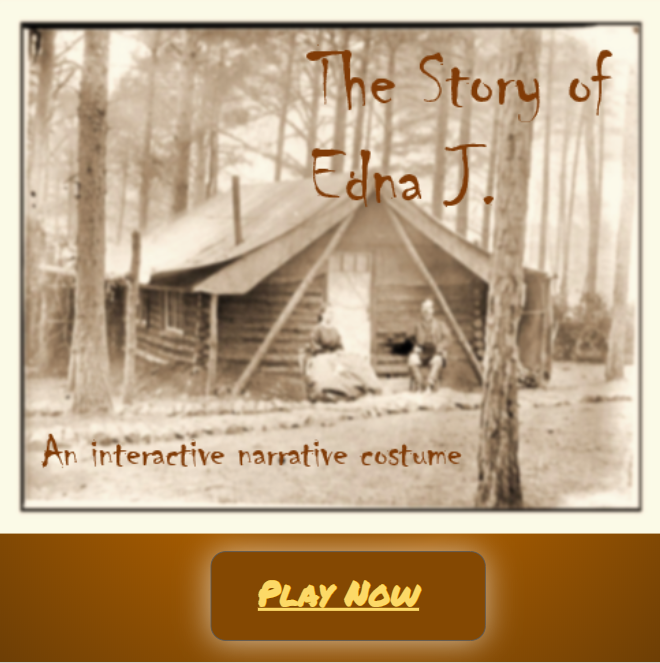 You see how we constructed the game using the LINK feature in Google Slides? All of the items that look like buttons are actually just links to different slides within the presentation.  It does take good forethought and planning to make sure all of the choices work properly together! Testing is a must. 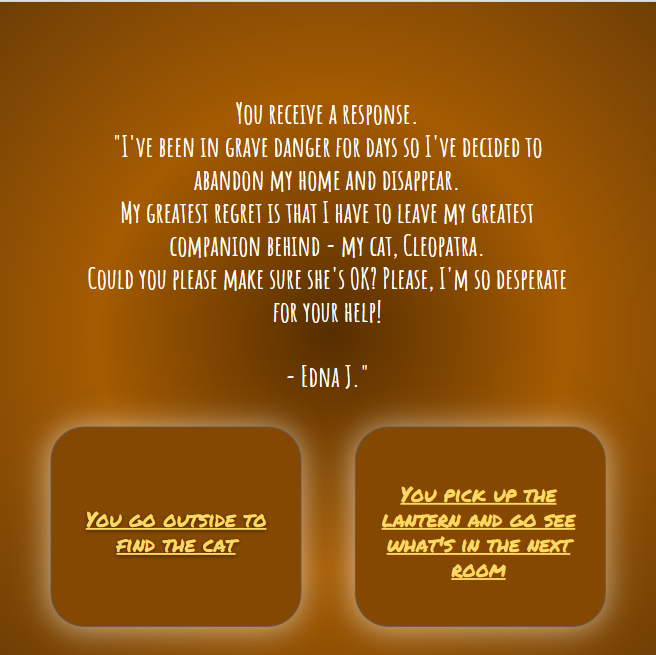 Don’t worry. Nothing bad happens to the cat!

Do you or your children or your students know how to use Microsoft Powerpoint or Google Slides? Then you, my friend, can also make an interactive narrative game for Halloween or any other time of the year. Here’s how you can make a narrative-based game in Google Slides:

1) We first plotted out the main beats of the story. This is where we came up with the list of conventions I noted above.

2) We then started by mapping everything out on paper and drew arrows between the choices. There are more advanced prototyping tools you can use but paper worked just fine 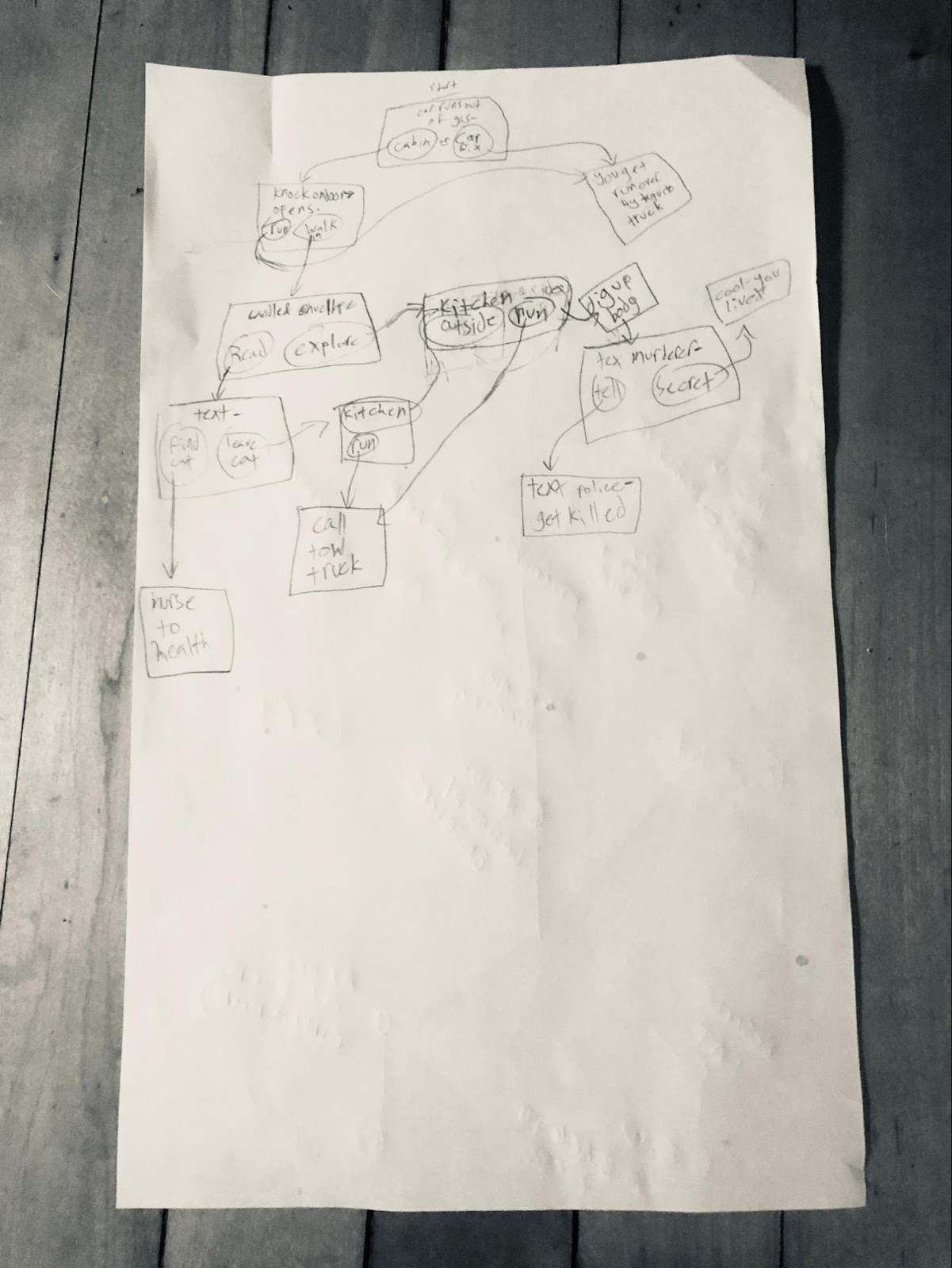 3) Once the main beats and choices were mapped out, my daughter went ahead and wrote the narrative. In developing the narrative, we realized that we hadn’t accounted for a few connections so ultimately we iterated on the map.

I’m a firm believer that for advanced STEM professions, like those involved in making video games, we don’t have to wait until children are in higher education to get involved. There are so many ways they can start developing those skills now – even with basic office program knowledge.

I’d love to play your creations! Please send them to me at contact@filamentgames.com.

Season’s greetings, friends of Filament! ⛄ If you’ve been keeping up with us on our blog, you know that 2018 has been a huge year for our studio. From launching our all-new website to winning shiny new awards, hosting our first-ever Extra Life charity livestream and even meeting new furry friends, 2018 was a year we’ll never forget…

Welcome to season two of the Filament Games Podcast! We’re glad to have you back with us as we explore the world of game-based learning. This season we’re interviewing game-based learning pioneers, sitting down with teachers to learn how they’re using games in the classroom, and taking a step back in time with a new…

A 2015 report from the Entertainment Software Association states that more than 150 million Americans have been affected by video games, with 4 in 5 households receiving regular exposure. As this global epidemic continues to spread, one question remains at the forefront of everyone’s minds – what are the true side effects of repeated exposure…