Last year, we kicked off our partnership with Publications International in style by creating six VR experiences for their Virtual Reality Explorations book set – and they were an instant hit! ✨

One year – and a few other collaborations – later, VR Explorations is back with an all-new set of six books and accompanying VR apps: Food Science, How Things Work, The Human Body, Planet Earth, Transportation, and Wildlife Wonders. To celebrate, we sat down with some of our developers who worked on the project to get the lowdown on their favorite aspects of these six new experiences. Here’s what they had to say:

“Transportation was my favorite of the new apps for reasons that are near and dear to my heart. My family is a FedEx family- my uncle was a pilot and my cousin was in the Air Force, so planes are a really meaningful part of my family’s history. From the start, VR Explorations was always designed to appeal primarily to children and families- kind of like my nephew, who just so happens to also be fascinated with planes and flight as of late. Sharing the flight-focused Transportation app with him was a delight- he was instantly hooked with looking around the 3D environment in VR, and was overjoyed to have the chance to take a virtual flight alongside one of the Wright brothers! Helping him learn a little more about our family’s history using the VR app as a catalyst was a really unforgettable moment for myself and the rest of my family.” 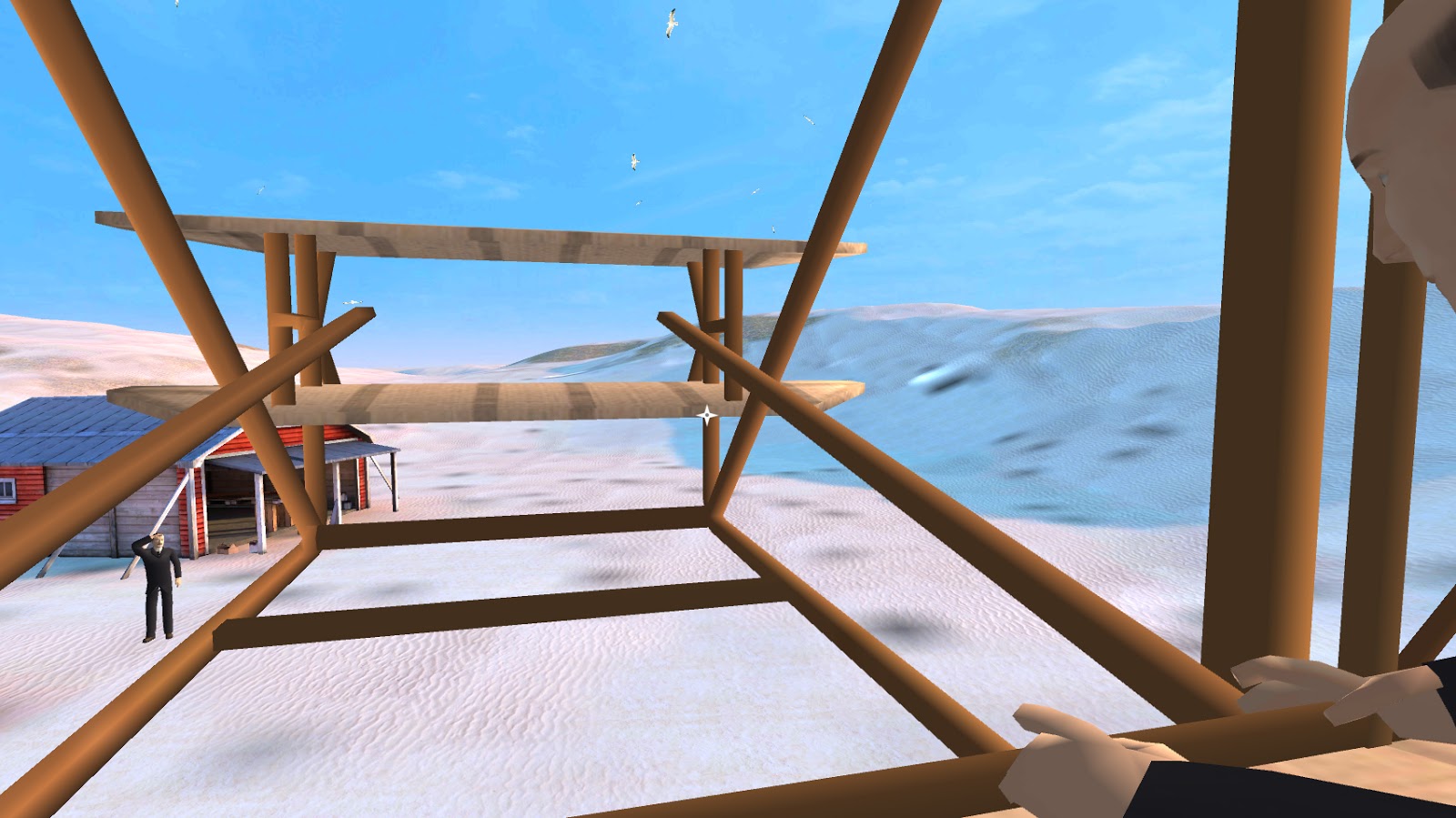 Take to the skies in stunning virtual reality in Transportation.

“I think the best part of working on that game was watching the other artists also work on it. It was fun to see what everyone was researching and drawing. I drew concept art on both The Human Body and How Things Work, so I had a challenge in scale. Both in showing the details in the small and amorphous cells of the body, and in capturing the sheer size of the inner workings of a clock tower.”

“As a lover of all things history, I had a lot of fun working on the Wright Brothers experience.  I loved the effect we achieved of having historical characters come to life in the form of different vignettes as the player explored the scene.” 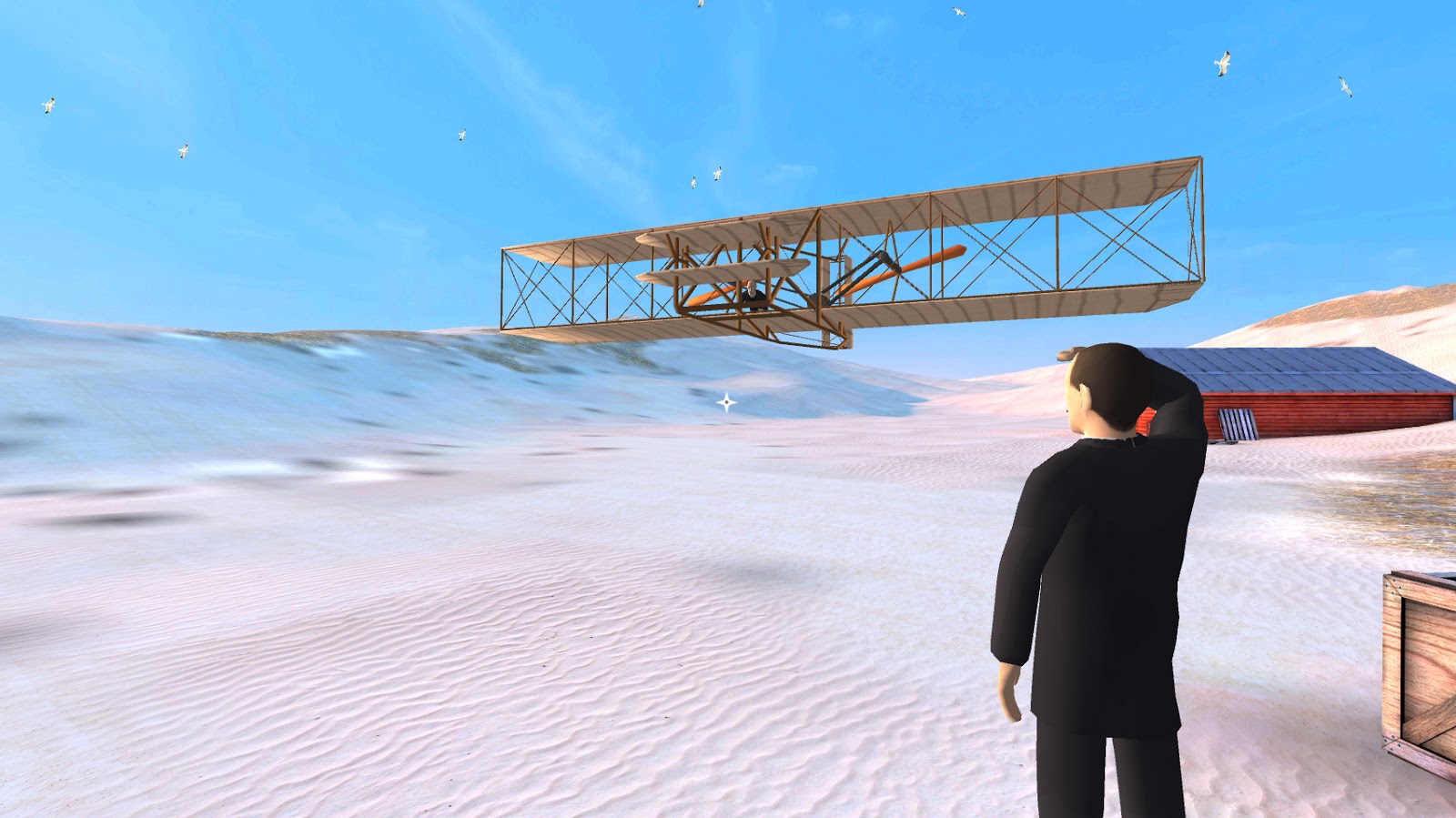 Meet the Wright Brothers and take flight in Transportation.

“The PIL VR apps were a really cool project to be a part of! Every game in the series has at least one unique interaction that is specific to that app, and these events were especially fun to code up. In The Human Body, I wrote a “Cell Globber” routine that used physics to simulate white blood cells searching for and attacking viruses. It was a fun challenge to make it look good to the player. There are some other interactions that are a little more subtle, such as the clock tower in How Things Work, and how it gets set and keeps up with real time. But maybe most importantly I got to script chickens that get excited and eat once they’ve been fed – a must-have feature, of course!” 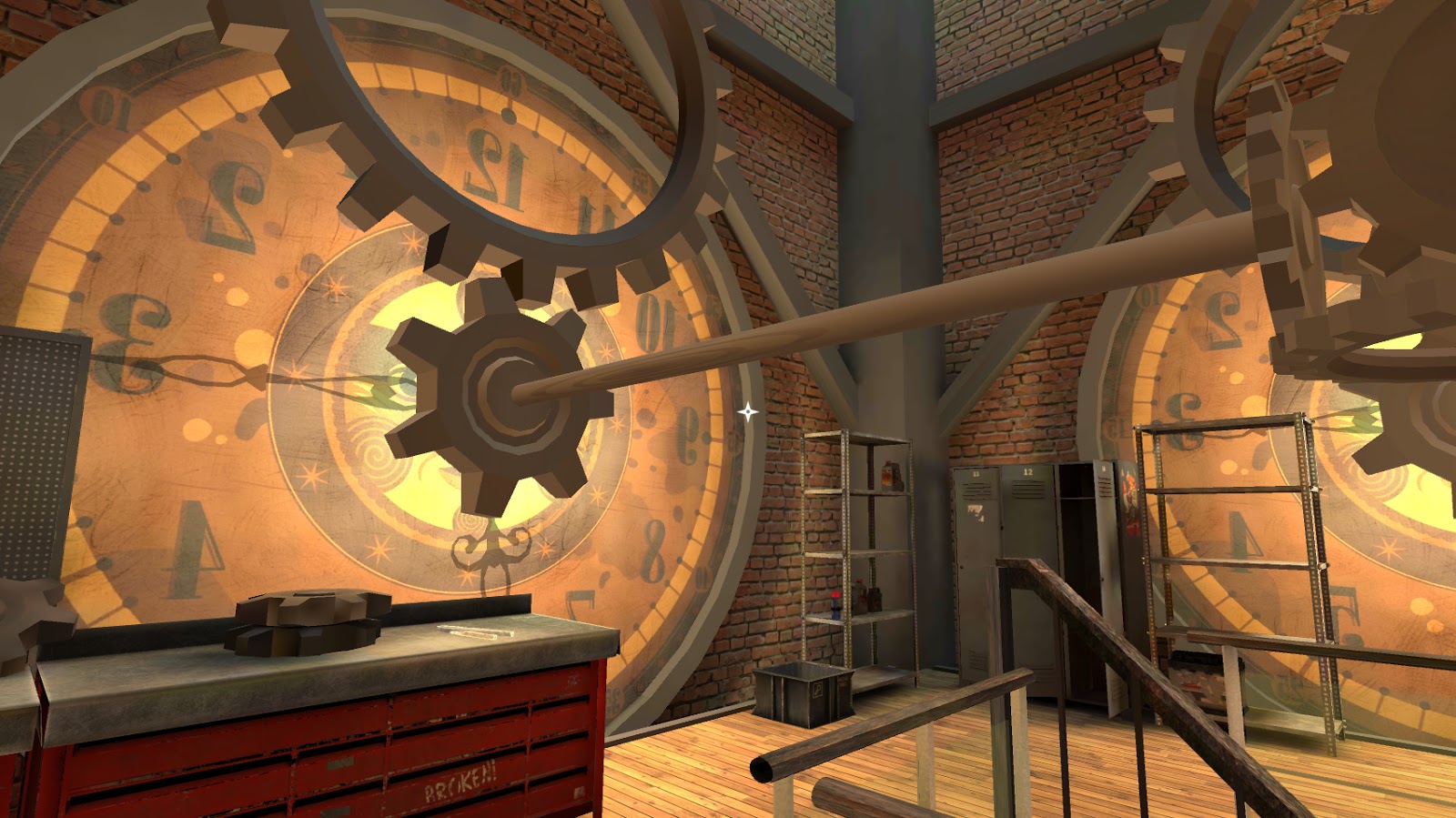 Explore the inner workings of a clock tower in How Things Work.

“Texturing farm animals for Food Science was a real blast!”

Which came first- the chicken, or the other chickens? 🤔

We’re big fans of VR for learning here at Filament Games – check out some of our past work!

Today, we’re taking a closer look at a growing field of serious games research: the use of games as digital medicine.

We’re proud to announce that RoboCo is an official selection of Yogscast Tiny Teams Festival – a celebration of cool indie games that runs from August 9-15!

If you were on the internet at all at the end of 2022, you know that Lensa AI and other AI portrait generators were taking TikTok and other social media platforms by storm. Lensa specifically sparked many important conversations about privacy, the ethics of AI art, the exploitation of data, and more.  As we take…