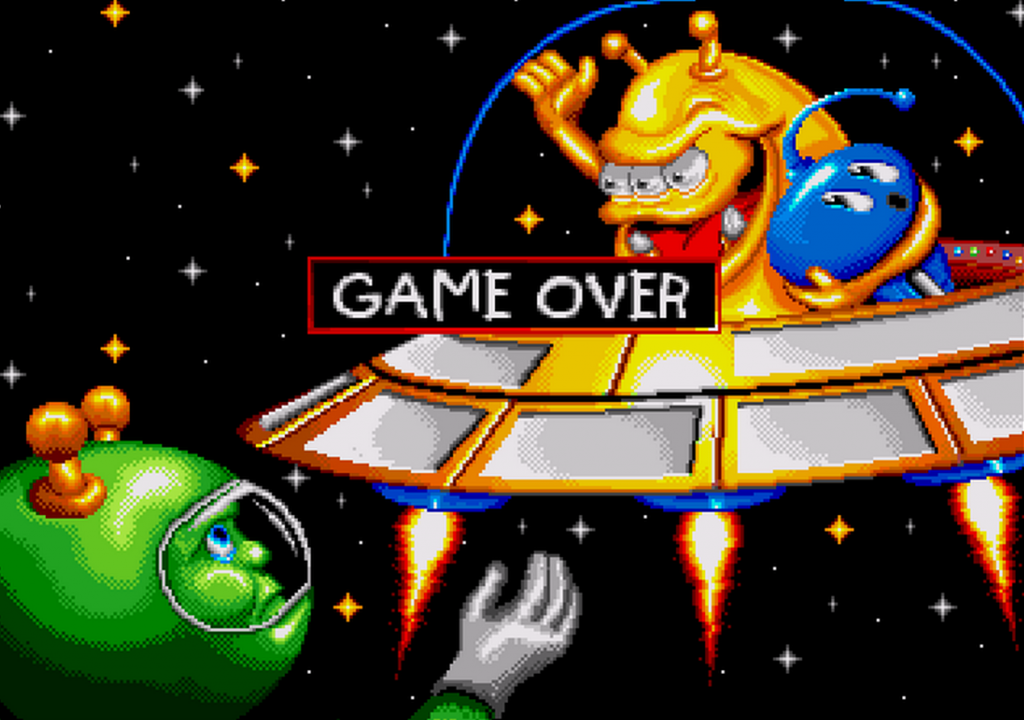 ‘Game Over’ screen from Math Blaster!, a bona fide game-based learning blast from the past.

Don’t get us wrong – we still have tremendous respect for the educational games of yesteryear. But as we near a quarter of the way through the 21st century, we think it’s high time to begin establishing a new canon of exceptional learning games. We’ve previously highlighted high-quality games for teaching subjects like computer science, English language arts (ELA), and environmental science – but today, we’re focusing solely on math learning games for middle school learners. Check out our suggestions below, and shout-out your favorite titles that we didn’t list over on our Facebook or Twitter! ⤵

Embark on a globetrotting learning adventure in Operation Math – an award-winning, spy-themed math learning game from developers Little 10 Robot! Armed with only your wits and a slew of high-tech gadgets and gizmos, players must practice key math concepts like addition, subtraction, multiplication and division in order to defeat the evil Dr. Odd and achieve in-game victory.

A satisfying puzzler created in alignment with Common Core standards, Diffission is a dynamic fractions learning game for players of all ages! As learners swap, slice, and dissolve their way through endless procedurally generated puzzles, key mathematical concepts are reinforced ensuring that the experience is as educational as it is addicting!

Available on iOS, Android, and web browsers. Developed by Prodigy.

Prodigy is – without a doubt – the most sizable game on our list. A curriculum-aligned math learning platform that’s (mostly) free-to-play, Prodigy boasts an impressive 20 million users across grades 1-8 – an impressive feat for a learning game of any subject. Answer math questions, battle monsters, and traverse a fantasy universe alongside peers – in many respects, Prodigy seems to be positioning itself as the ‘Pokémon’ of math learning games.

Designed to help players develop a robust understanding of core algebraic fundamentals, Twelve A Dozen is a uniquely story-driven puzzle-platform math game available exclusively for iPhone and iPad. As players traverse the world of Dozenopolis, key concepts are introduced through challenging puzzles including factoring, negative numbers, and order of operations. Boasting rave reviews and a gold award win from the Serious Play Awards, Twelve A Dozen is simply a can’t-miss game for folks seeking a playful way to practice their algebra!

Available on iOS, Android, and web browsers. Developed by BrainQuake.

We spend a lot of time at Filament thinking about the best ways to use games in the classroom – our designers, engineers, and artists are all tirelessly invested in uncovering new ways that games can shine in a formal education setting. By far, our most reliable sources of inspiration are the teachers who are…

Remember Breaking Boundaries in Science, our free Oculus Go and Samsung Gear VR game highlighting the lives and achievements of influential women scientists like Jane Goodall, Marie Curie, and Grace Hopper? 🤔 In the months since we launched Breaking Boundaries, we’ve received an outpouring of kindness and support from players and fans across the world.…

From concept, to storyboards, to the final cut – join us for a behind the scenes look at the making of our RoboCo gameplay trailer!